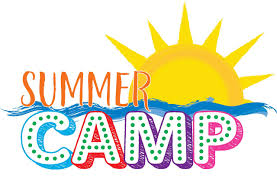 Helping children work through their grief issues can head off or mitigate more serious psychological problems associated with the loss of someone close. Children who are grieving need a safe, caring environment to consider their emotions while surrounded by others who understand what they’re going through—and that’s why there’s Camp Erin.

All around the country Camp Erin extended overnight camps provide children with a place where they can bond with other kids who have gone through the same experience.

Campers’ days alternate between traditional physical activities, like zip lining, swimming and sports. But most important are the activities that help develop grief coping skills, including journaling, music and arts and crafts.

Major League baseball pitcher Jamie Moyer and his wife, Karen, a child advocate, started The Moyer Foundation in 2000 to provide comfort, hope and healing to children and families affected by grief and addiction. .

The Moyers established Camp Erin in 2002 in memory of Erin Metcalf, a teenager with liver cancer who they met through the Make-A-Wish Foundation.  They were touched by the fact that despite having cancer, Erin was more concerned about how her siblings would deal with her death.  After Erin died, the Moyers came up with the goal of having a Camp Erin in every city with a major league baseball team.

Camp Erin is now one of largest bereavement camps in the country.

For instance Camp Erin came to Pittsburgh in 2011 and partnered with Good Samaritan Hospice, a mission of Concordia Lutheran Ministries, which had been running its own small bereavement camp for four years At Camp Erin Pittsburgh, there is no cost for children to attend. The camp is funded through donations from individuals, organizations, a gala, and a small grant from the Moyer Foundation itself. This enables roughly 100 children a year to attend.

While first-time campers take priority, children who have attended Camp Erin before are able to return each year as long as space permits.

Download a pdf of a typical Camp Erin brochure here.

With the advent of summer, Camp Erin is looking for volunteers. Check for a camp near you and inquire.

Won’t you consider helping children deal with their grief of loss?