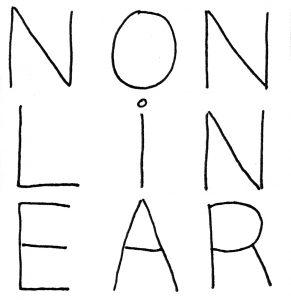 Time for a little confusion, lest you begin to think that writing another’s story is as simple as any other writing you may do.

Not that many would think about it, but writing another’s story will have at least two, separate plot lines. That has a straightforward reason, but it can create a problem that is not straightforward for the creative writer.

The first of the two plots minimum I refer to is created by the person telling their story to you. That part would be simple enough, and it is, if you write in the first person. (See previous post Where Do I Fit Into the Puzzle?)  But there is actually another plot line to consider. That second line is the plot of the story of you writing–which is your own story of capturing and writing the story you are being told. So in third person writings (and in second, which I will not talk about here*), the two-plot minimum stems from these separate plot lines of the story(ies) you are hearing and the process of you capturing and writing them. These appear in your work whether you treat them as plot lines or not because they certainly are the plots of two stories being told simultaneously–each with beginning, middle and end. Except for pieces written for The New Yorker which only have the the first two of these. 🙂

Fact One: Keeping the plot lines of both stories untangled is paramount to a good reader experience. Fact Two: Straight linear plot lines can be boring–without tension and reveal. These dual facts will lead the creative writer to go for non-linearity in plot, perhaps in both plots.

My rule of thumb: To try keep myself from going insane, I only make one of the two plot lines non-linear in a given piece. Sometimes it is my story of capturing and writing their story (which may take chunks of my partner’s story along with it). Or their story(ies), the one they are telling me. Either way can lead to increased opportunity for reveal and can also be used to introduce tension. I think that to try to make both plots non-linear at once could confuse the reader unless done with utmost care and skill.

But care and skill are what we all strive for in our writing, no? So try it. In my own writing for hospice patients, time is always of the essence, so I must finish as quickly as possible, yet produce a worthy work. To convolute both the plot line of my story of writing for my partner and the plot line(es)  of their story(ies) would simply take too much re-writing time to make clear.

But if you have the time, maybe you should give it a try.

*Not as far fetched as it sounds. One of my writing partners told almost all of his stories in the second person. So direct transcription of quotes from him bore “you” into my own writing. And along the way I found that I wanted to give advice to the reader–something that is done in the form of second person–another “you.”  The latter “you” was you and former “you” was me. Ai-ya-yay!